Caroline’s Corner: Career Paths as a Collection of Small Moments 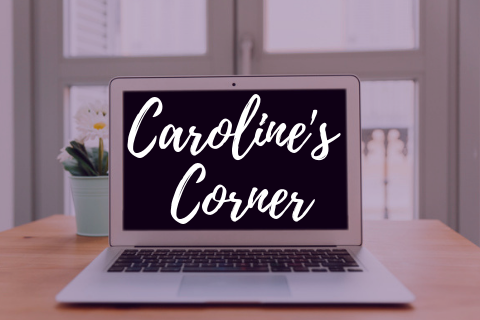 Okay, so the beginning. That’s usually a good place to start right? Right. But how do we find the beginning? When discussing any topic that has a timeline of some sort, the starting point of the conversation is often the beginning of that timeline. That means that for this blogging endeavor of Caroline’s Corner, that would be beginning of my career path.

But when it comes to the subject of our career paths, pinpointing the beginning is not all that easy. So, when I sat down to write this blog I was at a loss for where to start. To be completely honest, I’m not sure what qualifies as the beginning. Was it when I was a junior in high school and decided I wanted to study business? Was it December of my senior year in high school when I was accepted to Bentley Early Decision? Was it my first day here? Was it my first day of CDI 101? Was it when I accepted this job on the CareerEdge team? Was it something not Bentley-related at all? Was it my first-day at my TJX internship? While these are all important moments that have impacted my career path, I don’t think they’re necessarily the starting point. However, I also don’t think that there has to be a set starting point that says, “okay my career starts now.” In fact, while that point may exist for everyone, it may take a while for it to become clear that that moment or event was the starting point.

Throughout my time here at Bentley, and especially as a member of the CareerEdge team, I have learned a lot about careers through both my blogging and networking endeavors. One thing I have come to marvel at is just how different everyone’s career paths are. In fact, I found it so fascinating that I turned it into a weekly blog series: My Career Story Monday which features a different student or alumni and their career path each week. When I first joined the CareerEdge team back in the fall of 2017, I was eager to make my mark on the Bentley Community with the work that I did for the office. When I was given the chance to take over the blogging responsibilities, I was extremely excited as I have always been a bit of writer and had dabbled with the idea of creating my own blog many times. As I got into the swing of things, I was mostly writing about new scholarship opportunities, event recaps and resource reviews. All of which were interesting and necessary topics, but I began to think about what I, as a junior who had no idea what I wanted to do for a career, wanted to learn about and, all of a sudden it hit me. I wanted to know more about the opportunities that were out there, beyond the information already available via the companies and Glassdoor. But how could I get that information? By asking students of course! I took this idea to my boss, and bam! My first weekly series, #MyCareerStoryMonday was born. Through this blogging endeavor I have learned about a lot of different career paths in a more first hand, and realistic, manner than I normally would be able to in the same time span of a year. The starting point for every Career Story Monday post is an overview of that person’s career path, and what’s amazing is that no two are ever the same. Sure, we all went to high school, got accepted to Bentley, took GB classes, found a major, took CDI, had an internship (or two) and then bam! Career time! But, that’s not the entire picture; nor does it help us identify the true starting point of our career paths because everyone’s starting point is different.

When asked to talk about their career paths, people cite a variety of things, from their first high school job to a certain class that inspired them, to a conversation with a professor, to their first internship, to their first job post-grad, . Some even say they don’t have a career path yet. That’s the beauty of your career path; it has no defined starting point. It can start whenever you decide it starts. It’s pretty fascinating actually because it sheds light on a bigger idea that is in fact the little moments that, while we might not realize it at first, are what define not only us, but the path we take in life. When it comes to our careers, even the most seemingly insignificant of experiences can shape the direction of your future. For example, during a presentation at TJX last summer, the CEO Ernie Herman referenced a single class period in the fall of his senior year that completely changed his career trajectory and led him on a path towards leading one of the world’s top retailers. A single class period is about 60 minutes right? So, basically 60 minutes changed his entire professional life, and subsequently his personal life as well. How amazing is that?

So, where does that leave me? I guess for me and my current trajectory, my career path started much earlier than I ever realized as I grew up in my family’s business and now here I am, a senior at Bentley University who has finally found her calling… but more on that later. For our sake, I think that ~officially~ it started when I decided to attend Bentley and set my sights on majoring in IDCC as this led me down a whirly, twirly path to where I have currently landing; which is only just the beginning of my next chapter. So, next week we’ll actually talk about this starting point as far as what happened next and it’s importance. But why did I talk about all of this today? It certainly wasn’t to scare you into thinking that you have to be vigilant about every moment because it may change your life. That sounds exhausting and unproductive. Rather, it was to inspire you to reflect on your past experiences and see if you can have your “ah-ha” moment of realizing where the beginning is. It’s also to remind you to be mindful of, and to enjoy, those small moments, as you never know where they may lead you.