You CAN study abroad and land a competitive finance internship! 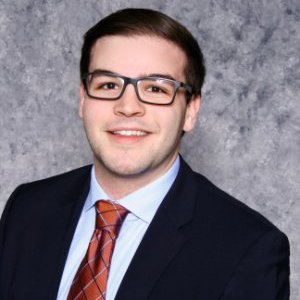 Think you can’t study abroad during the fall of your junior year and land a competitive finance internship?  Think again!  William Baumann, Class of 2017, was offered an internship in J.P. Morgan’s Global Wealth Management division while studying (and enjoying Oktoberfest!) in Germany.

In early September, William received an email from Career Services about J.P. Morgan’s Boston Sales & Trading Networking Reception.  Since William was thousands of miles away, the Bentley alum who shared this opportunity with Career Services suggested he apply online to the 2016 Corporate & Investment Bank Sales & Trading Analyst Summer Program.  The opportunity with that program didn’t work out, but William was not discouraged, as he had also applied to the Global Wealth Management Program.  After a 30 minute phone screen with an Analyst (recent Bentley grad) and an Executive Director, William was invited to the final round of interviews.  He was unable to travel to the U.S. for the Superday interview, but J.P. Morgan offered to interview William via video conference from their Frankfurt office. William took a two plus hour train ride from Mannheim to Frankfurt and walked to the address on Google maps to discover that the sign on the door said Credit Suisse.  As it turned out, J.P. Morgan had moved to another location, but did not update their address online.   William called J.P. Morgan, and they were kind enough to send a ride so he made it to the interview with time to spare, since he had planned ahead.  And he managed to navigate while knowing just conversational German.  The first interview was with an Analyst (30-45 minutes), and the second was with an Associate, a Vice President and an Executive Director (45 minutes).  The interviews went so well that William was offered a position the following day!

Top tips for landing a finance internship while abroad: