It is Black History Month, which is the time to appreciate and acknowledge Black culture and communities, as well as applaud the African-American individuals that contribute so much to our society. This year especially has been a tumultuous one for Black people in America, from deeply-embedded societal injustice and violence coming to the surface, finding its way to social media, and exploding in the extremely important Black Lives Matter movement.

America was founded on years of social injustice, racism, and discrimination. The Black Lives Matter movement allowed more people to become more educated on that irrevocable fact and also get involved with activism. People finally started being more vocal about keeping others accountable and standing up for their Black coworkers, colleagues, and friends. The movement and the progress made during this last year doesn’t excuse any of the horrible treatment that Black people have had to adapt to. In fact, the conversation has just started. As business students and young professionals, we must be aware of the fact that Black people are underrepresented in corporate America and fight to change that.

Despite the American population of African-Americans being almost 14%, less than 1% of Fortune 500 Company CEOs are Black. There are only four Black CEOs in the Fortune 500 list, and currently no Black women (with Rosalind G. Brewer slated to become the CEO of Walgreens in March 2021). Here is a synopsis of current CEOs who have climbed to the top despite societal barriers.

Kenneth C. Frazier is the Chairman of the Board and CEO of Merck, holding these positions since 2011 and having been with the company since 1992. He is well-known for his decision to quit Donald Trump’s manufacturing council over Charlottesville in 2017, becoming the first business leader to do so and causing others to follow suit. Mr. Frazier received a bachelor’s degree from The Pennsylvania State University and then got a J.D. from Harvard Law School. Merck, under Mr. Frazier’s leadership invested many resources into research, which paid off due to becoming known for the company’s medicine and vaccine development and becoming the premier research-intensive biopharmaceutical company that it aspires to be. Mr. Frazier is the co-founder and co-chair of OneTen, which has focused on battling social inequality and upskilling, hiring, and promoting over one million Black Americans to have jobs that support their families. Under Mr. Frazier, Merck has also been committed to increasing opportunities for the Black community, through diverse clinical trials, increased employment of African-Americans, and spreading education to close the opportunity gap. After 10 years in the role, and about 30 years with Merck, Mr. Frazier has made the announcement that he is retiring, which will bring the number of Black CEOs further down. To learn more about this incredibly successful and compassionate leader, please allow Merck’s own profile on Mr. Frazier to speak for itself. 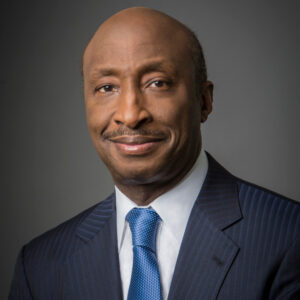 Marvin R. Ellison is the President and CEO of Lowe’s Companies, Inc., serving in these roles since July of 2018. He has over 35 years of experience in retail and operations, previously serving as chairman and CEO of J.C. Penney Co. Mr. Ellison’s expertise also includes the home improvement industry when he spent 12 years with Home Depot Inc. as executive vice president (U.S. stores) from 2018 to 2014. Prior to his Home Depot Inc. achievements, he worked at Target Corp. and created value within his operational and leadership roles. Mr. Ellison holds a bachelor’s degree in business administration from The University of Memphis and an MBA from Emory University. He currently serves on the board of trustees at his alma mater. Mr. Ellison serves on the board of directors for FedEx Corporation and the Retail Industry Leaders Association. He is committed to serving the Black community through encouraging higher education, mentorship aimed at creating self-empowerment, and helping minority youth. To read more on Mr. Ellison’s achievements and awards, read his Lowe’s Companies, Inc. profile! 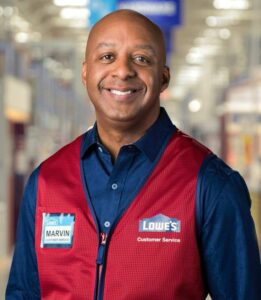 Roger W. Ferguson, Jr. serves as President and CEO of TIAA-CREF. Mr. Ferguson holds a B.A., J.D., and Ph.D. in economics, all of which he received from Harvard University. He is the former Vice Chairman of the Board of Governors of the U.S. Federal Reserve System, being one of just 10 Black Americans who have led a US financial regulator. He joined TIAA in April 2008, but this seasoned professional had a winding career journey, starting out as an attorney at Davis Polk & Wardwell, before becoming an Associate and Partner at McKinsey & Company for just over 13 years, and then moving on to become the head of financial services for Swiss Re, Chairman of Swiss Re America Holding Corporation, and a member of Swiss Re’s executive committee. Mr. Ferguson’s timeline of accomplishments (education, work experience, and life lessons) can be found here. Mr. Ferguson has managed $1 trillion for a dozen years and he is also quite famous for his collected response concerning The Federal Reserve’s functionality during the terrorist attacks of 9/11. Mr. Ferguson’s calculated and executive decision to flood the system with cash in order to avoid financial disaster and keep the U.S. economy in a strong position in front of global onlookers was an incredible feat during a time of such fear and uncertainty. Mr. Ferguson is also retiring from his position of CEO of TIAA, with his retirement scheduled for the end of March. To learn more about Mr. Ferguson’s fascinating life and career, click here. 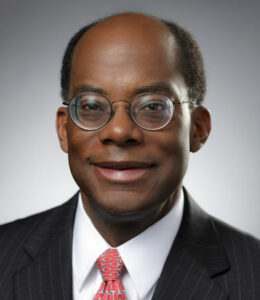 René F. Jones serves as Chairman of the Board and CEO of M&T and also M&T Bank. Mr. Jones is listed in some accolades as a Black CEO and not in others, due to his mixed heritage. Mr. Jones holds a bachelor’s degree in Management Science from Boston College and a MBA with concentrations in Finance, Organization and Markets from the University of Rochester’s Simon School of Business. Mr. Jones started his career in Boston, working at Ernst & Young and servicing clients with a focus on Financial Services. Mr. Jones earned his CPA and went on to hold numerous positions at The Group Inc. He joined M&T Bank in 1992, taking on the role of an Executive Associate and then held several management positions in the financial department. Mr.Jone was also M&T’s CFO from 2005 to 2016. To read more about Mr. Jones, click here! 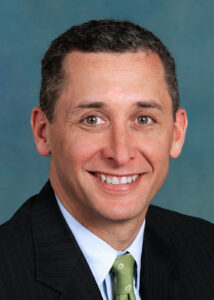 These accomplished individuals are amazing, as I’m sure we can all agree. The problem still stands: there are too few of them. It is up to upcoming generations to break stigmas and participate in the closing of opportunity gaps for Black communities. Make sure to support Black-owned businesses, encourage your Black colleagues, and always speak out for justice, this month and every month.